Gene Gitelson (New York University, class of 1978), and James Barbosa (New York University, class of 2019), briefly described their experience in war, their reception at home, and their roles as veterans. The purpose of this project is to connect with New York University Veterans - and while I photograph them in the environment of their choosing, I ask them a few questions about their service and their education. (The interviews were completed on December 9, 2018. Since then, James Barbosa graduated with a bachelor's from Steinhardt School of Culture, Education, and Human Development.  He is now pursuing a master's at NYU. NYU Alumni is an ongoing project).
Gene Gitelson
75-year-old Vietnam War Veteran, Gene Gitelson, entered the Armed Forces as a 2nd Lieutenant after completing the ROTC (Reserve Officers’ Training Corps) program at City College of New York, class of 1965.  Gene described the war using a grim tone. He became emotional; and stressed the importance of maintaining a positive outlook. With that in mind, he aims to help other veterans suffering from the resonance of war.  “We all [veterans] have a soft center whether people back at home, believe us or not. So I would rather focus on the positive things that my service provides because, in essence, our service made a difference - and to only focus on negative aspects will forever haunt us.” After serving in Vietnam, Gene earned an MBA from New York University, class of 1978. 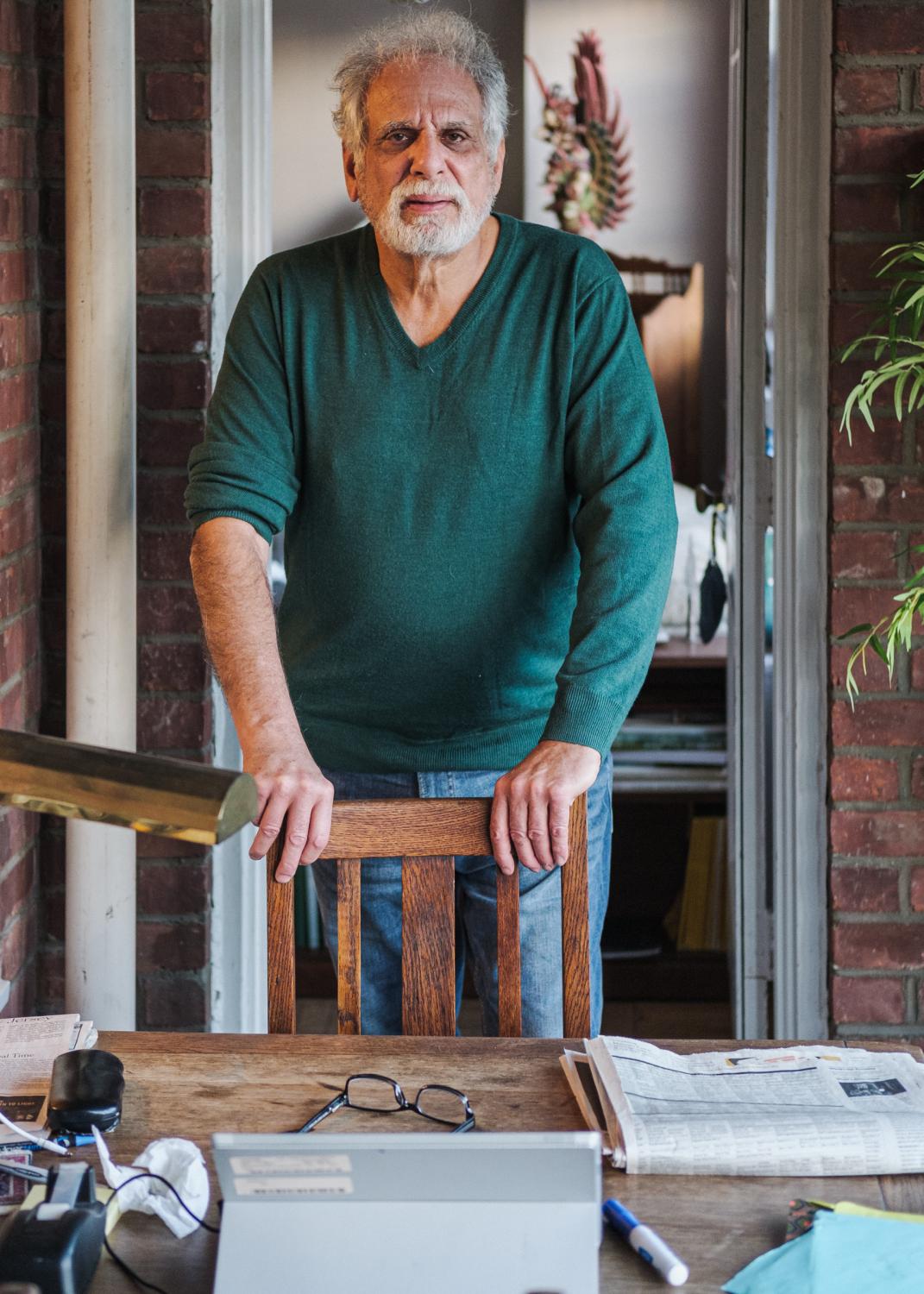 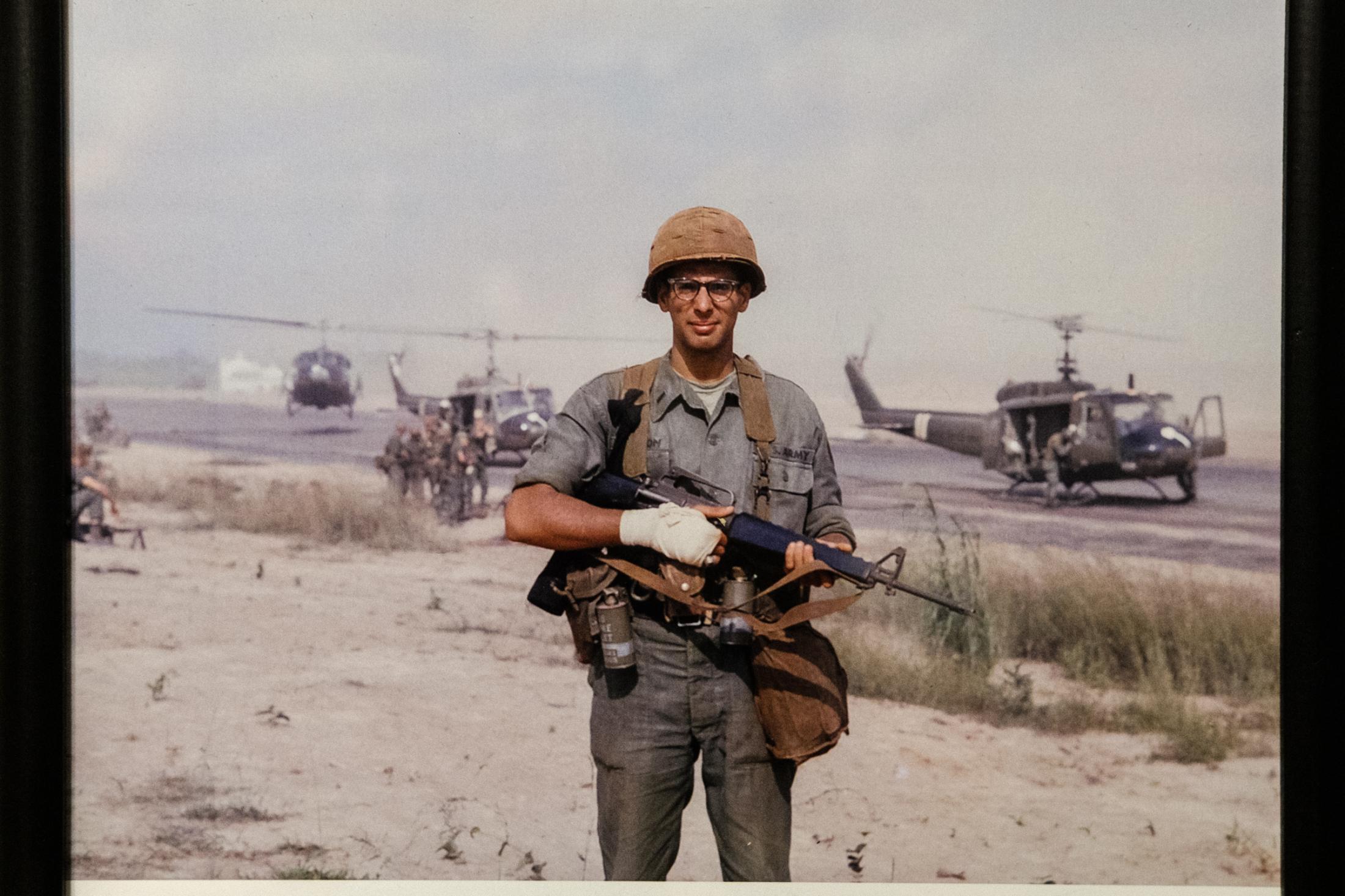 Montclair, New Jersey. October 30, 2018. A portrait of Gene in Vietnam when he was a member of the "Big Red One," 1st Infantry Division. 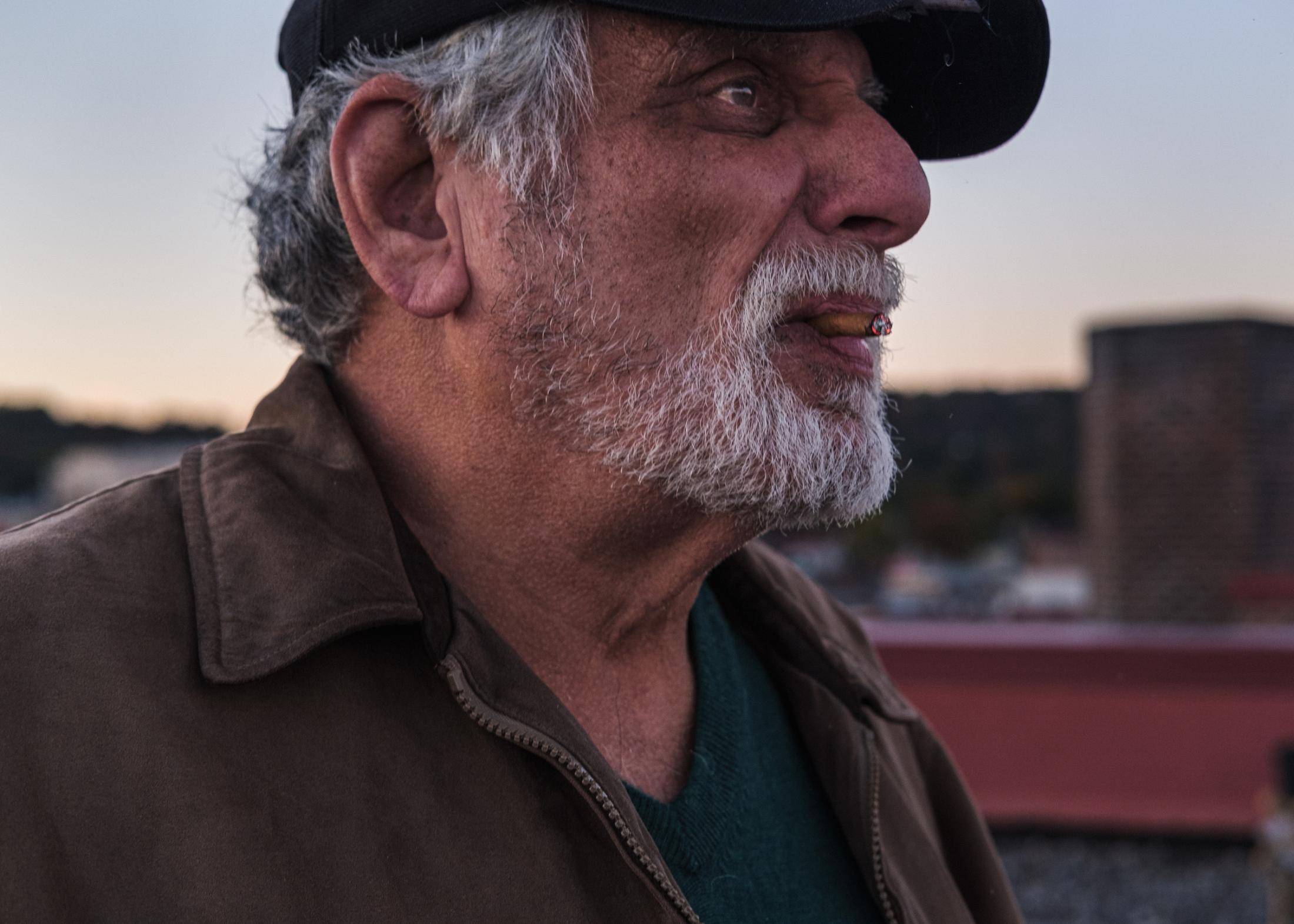 Montclair, New Jersey. October 30, 2018. Smoking a cigar, Gene remains touched by his experience in war and his reception at home. "No one listens without judgment. They interrupt me and give me advice on the wrong assumptions." 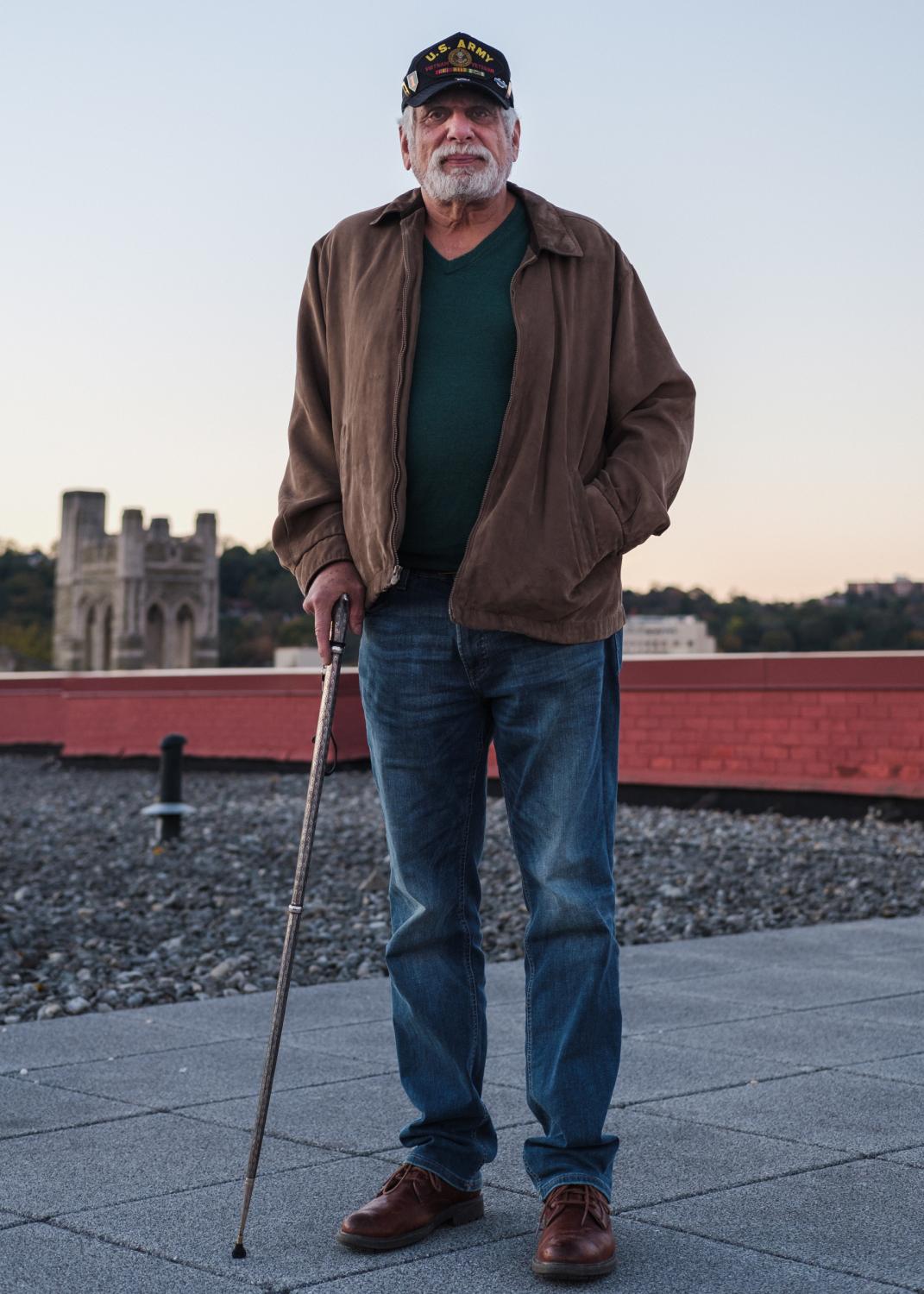 Montclair, New Jersey. October 30, 2018. Proud of his time in the U.S. Army, Gene often reflects on his service to the country. "I just wanted to serve." 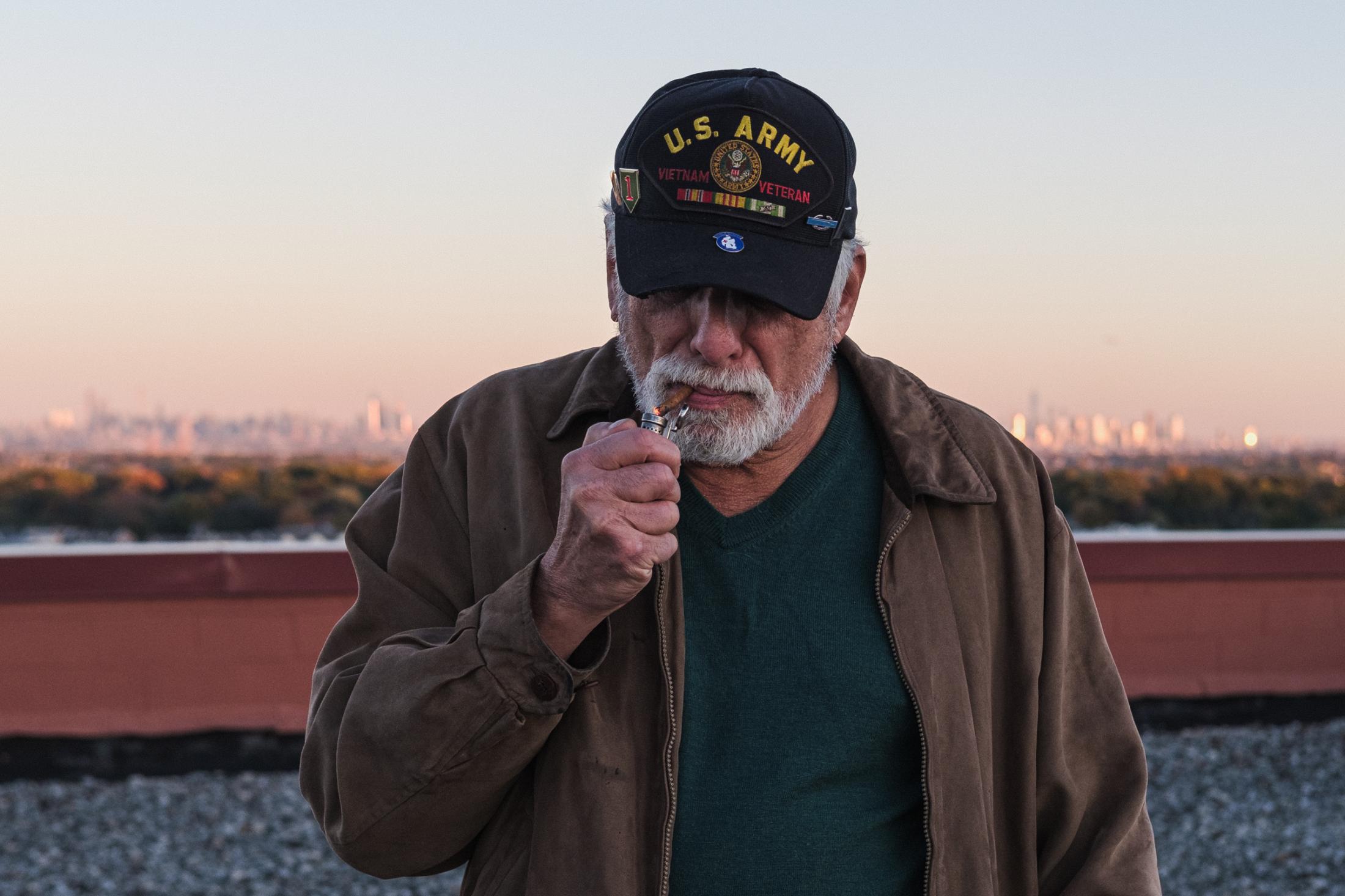 Montclair, New Jersey. October 30, 2018. Lighting a cigar, Gene describes his experience in Vietnam. "A scary moment was when I was promoted to platoon leader in the middle of a firefight." 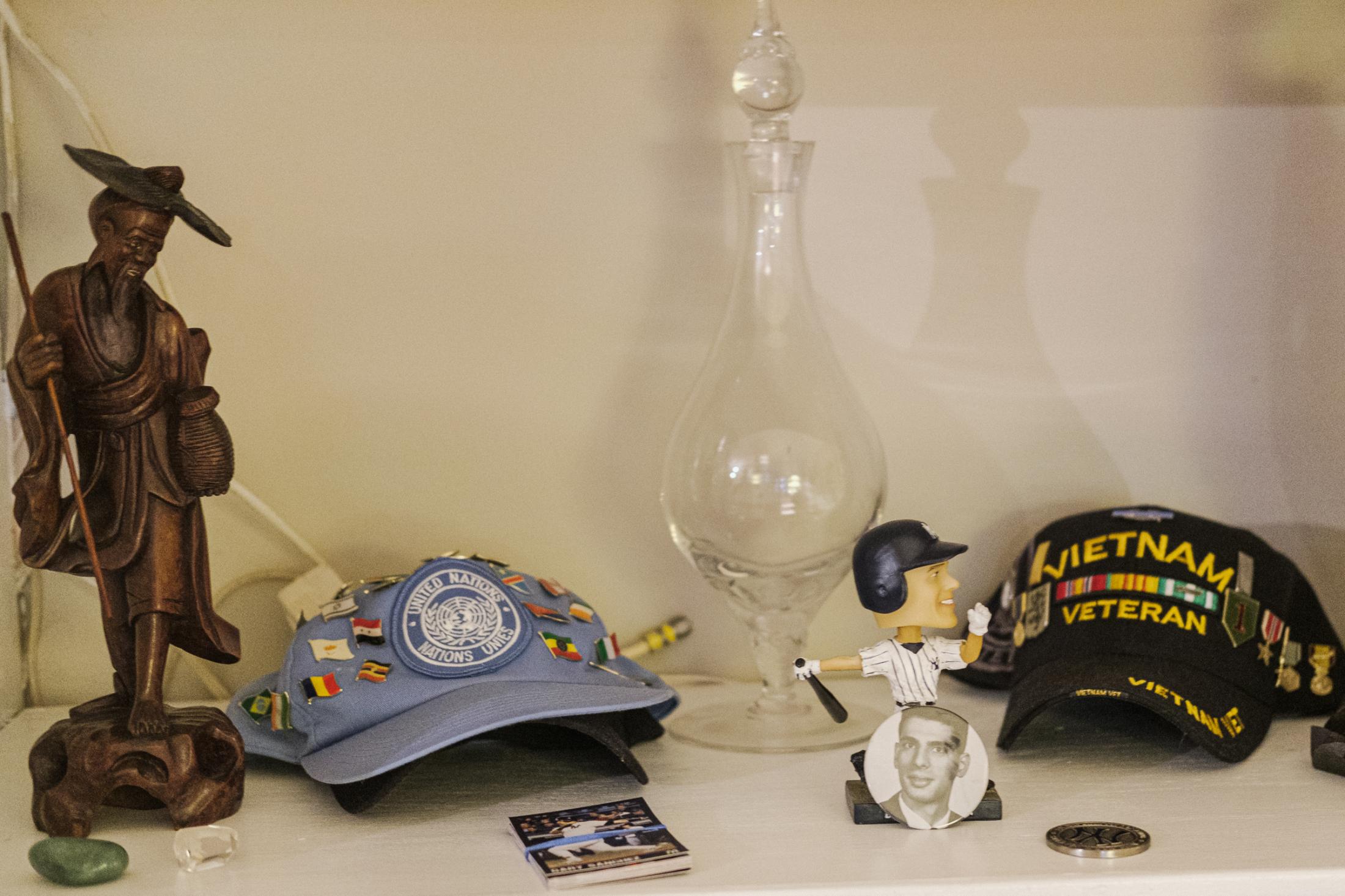 Montclair, New Jersey. October 30, 2018. Gene, a New York Yankees fan, displays his accomplishments; also, a portrait of himself before his service in the U.S. Army.
James Barbosa
James Barbosa served in the United States Army, 4th Infantry Division, from 2009 to 2014. He deployed in support of Operation Enduring Freedom in Afghanistan from May 2011 to May 2012.  James helps veterans talk about the importance of a healthy reintegration into society after the war. “Overcoming the fear to speak about our experiences is one of the first steps we should all take.”  James is one of the strongest voices in the NYU student veteran community. He is due to graduate from NYU - Steinhardt in 2019. 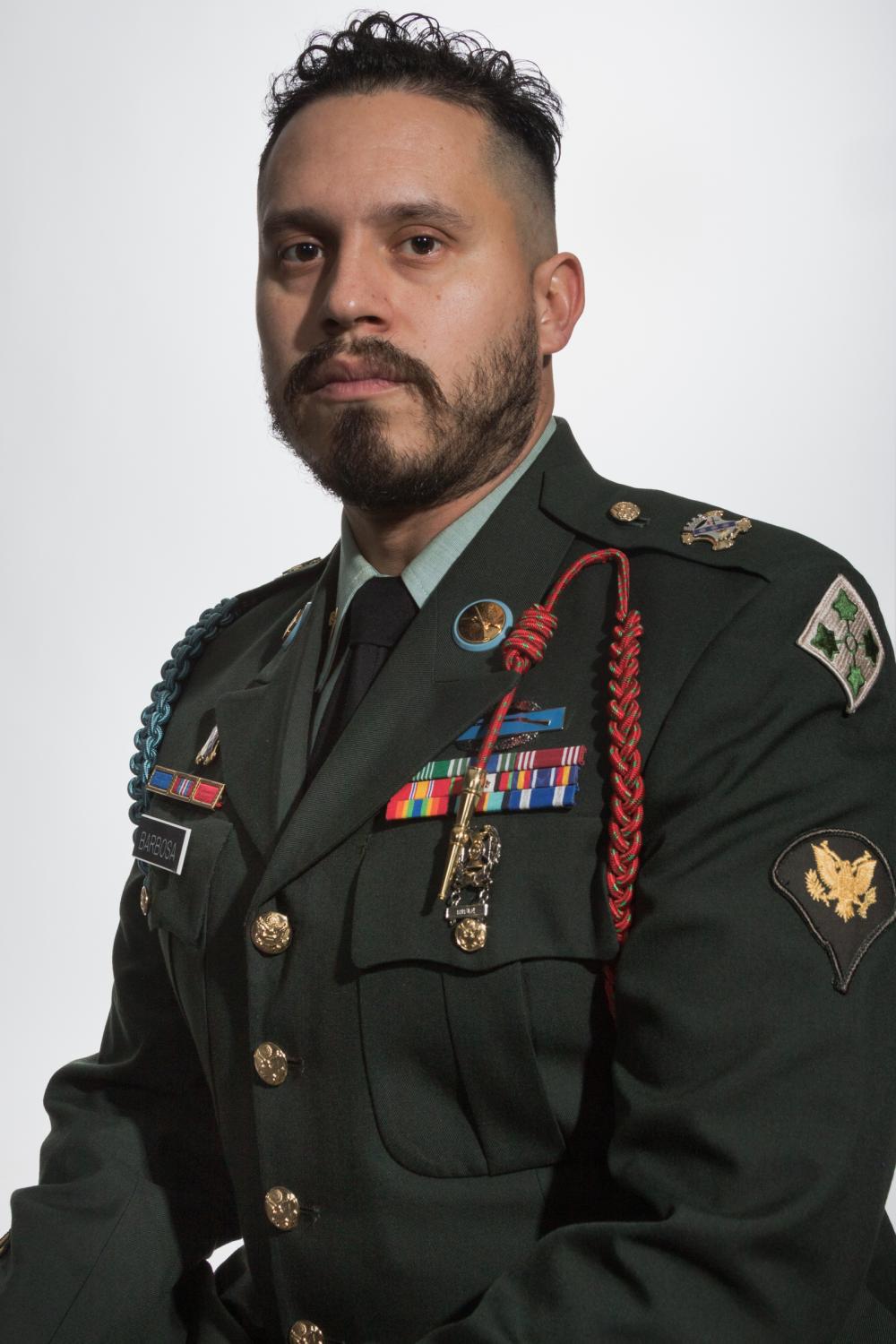 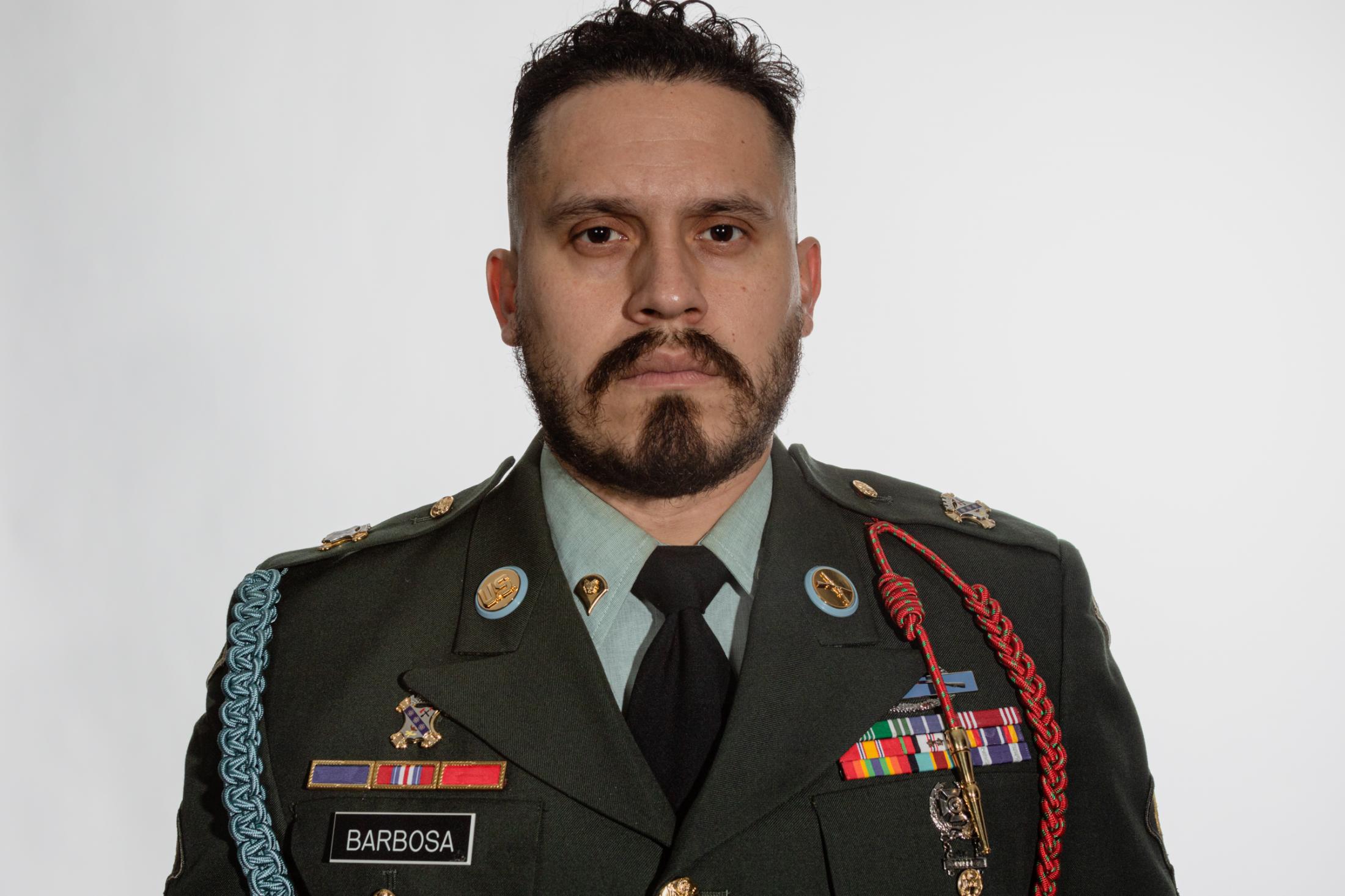 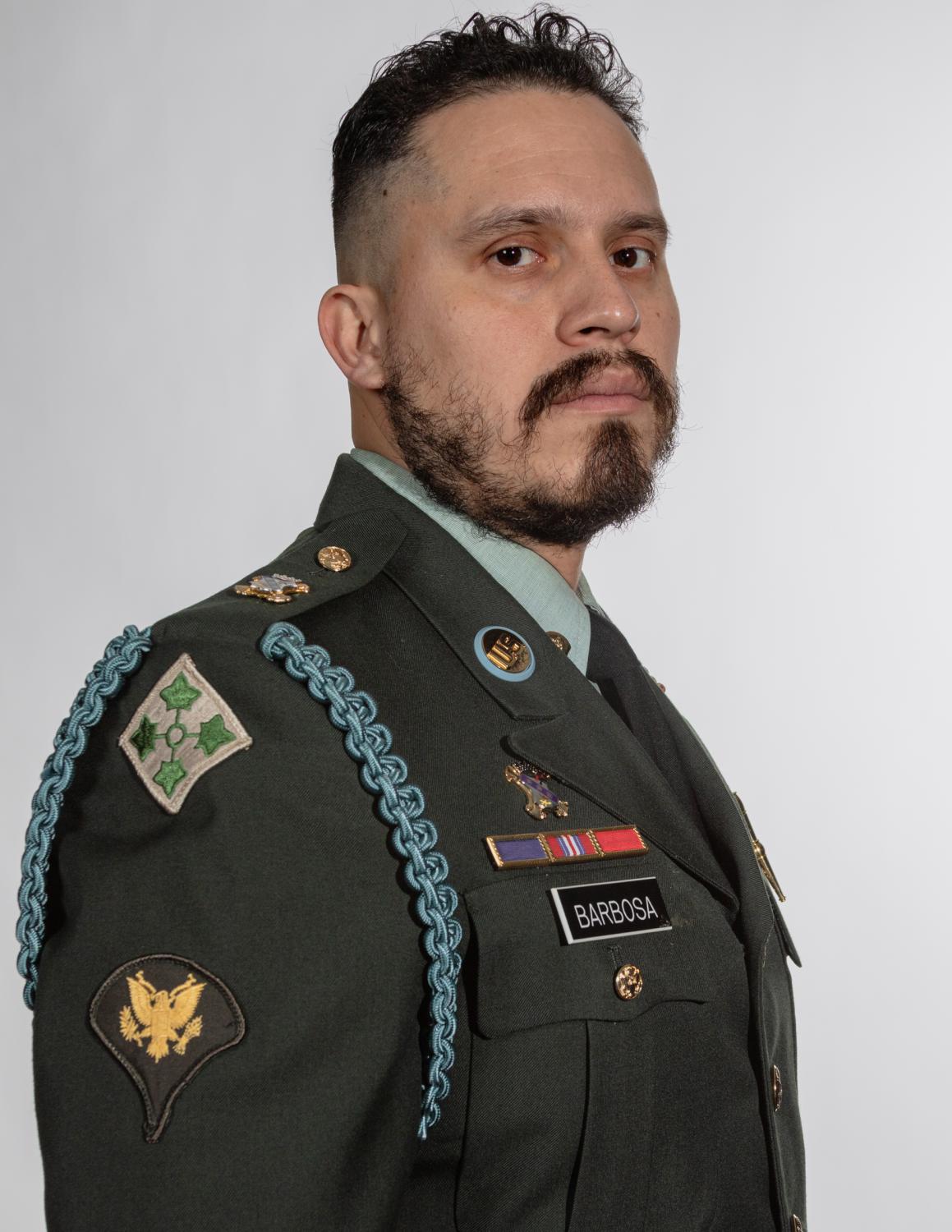 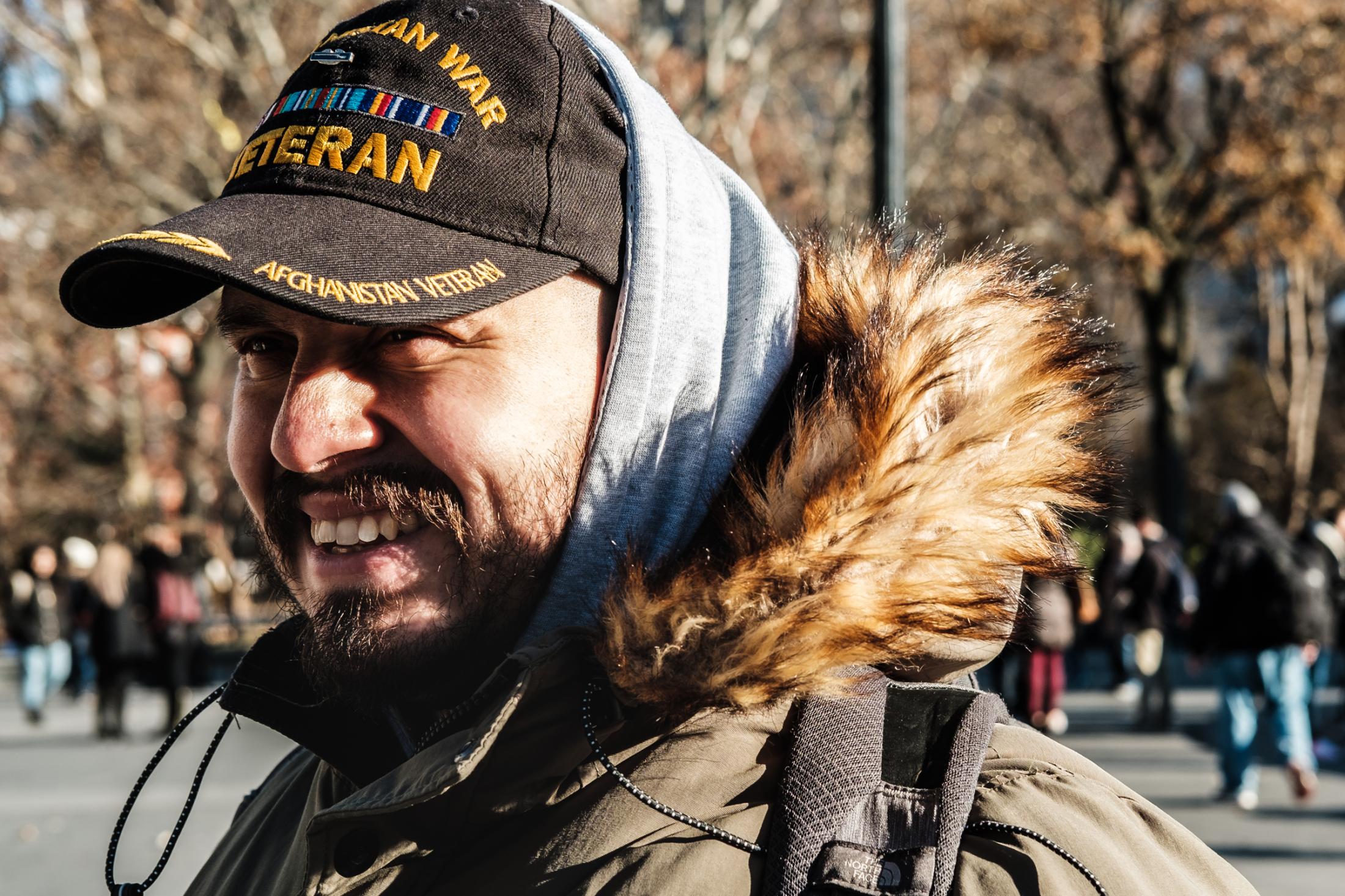 Washington Square Park, New York University, NY. December 7, 2018. "Never let the walls of fear prevent or oppress your goals in life. Let the courage that lives inside you confront it and break through it despite how hard these obstacles may seem." This enthusiasm encouraged James to apply to NYU. 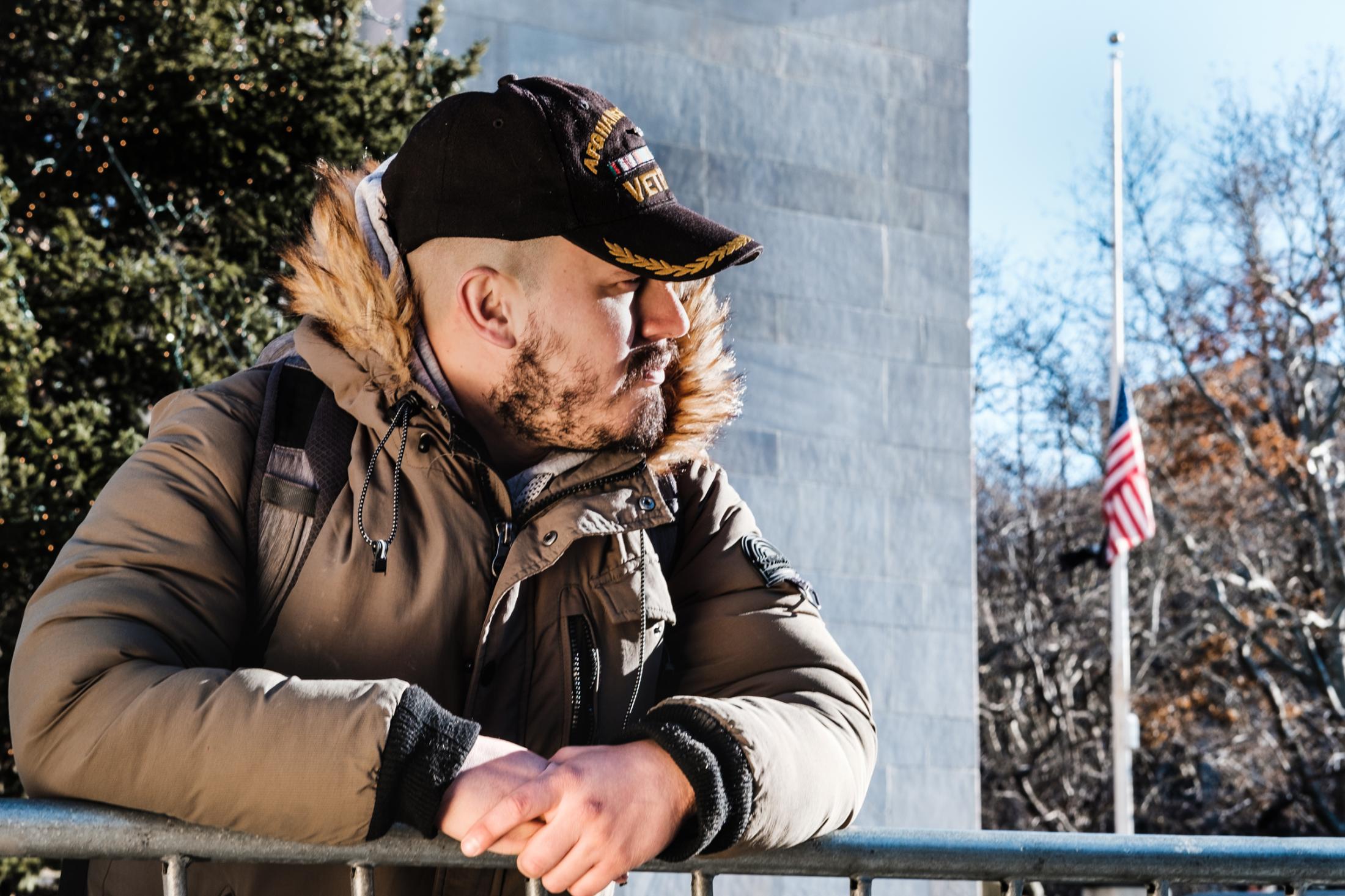 Washington Square Park, New York University, NY. December 7, 2018. "I received direct and indirect enemy contact while on foot patrol and reacted in order to deter the threat. What serving means to me is the courage to confront my fears." James reflects on his time in the service. 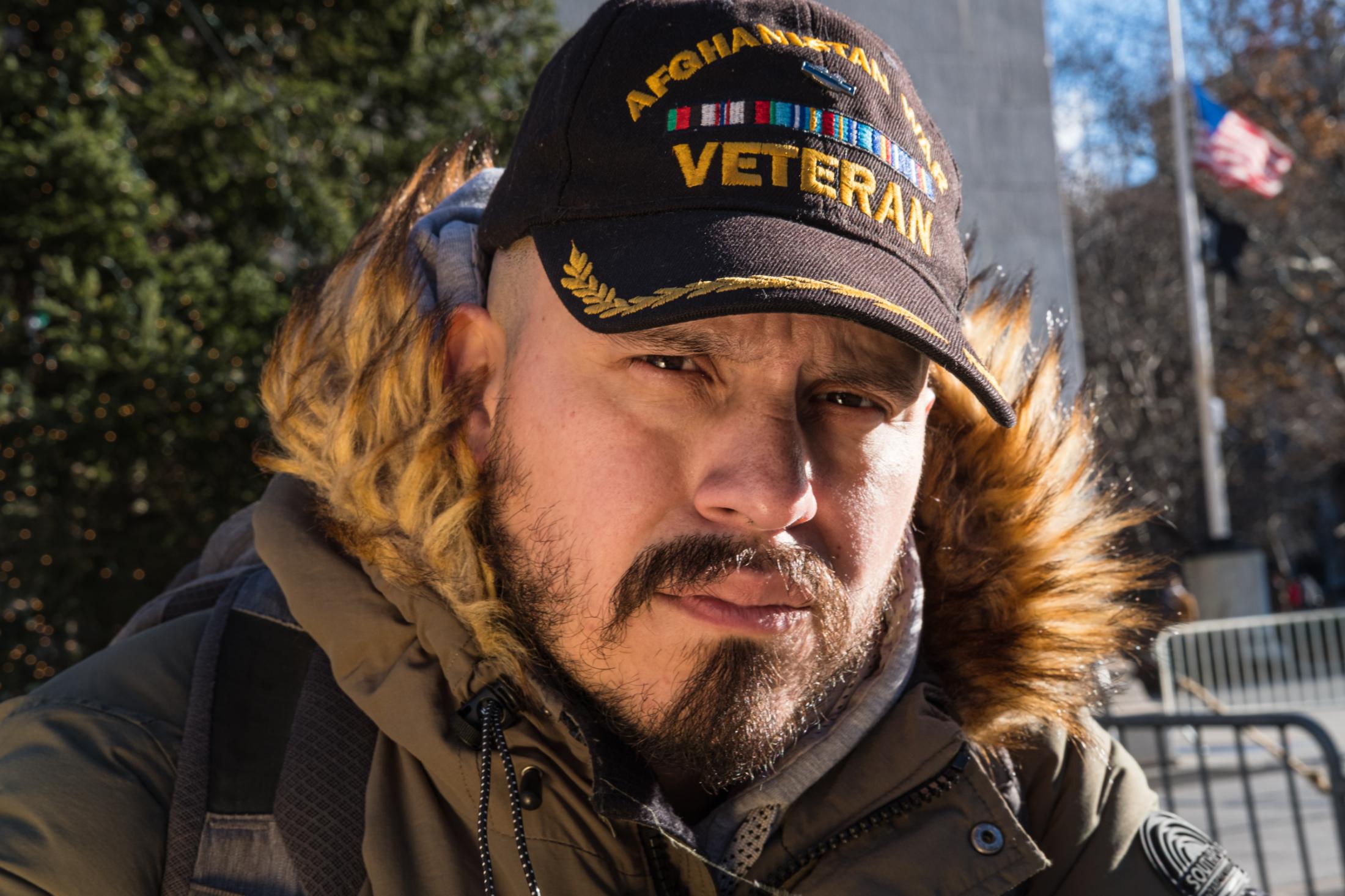